How the Dementia Hub Support Husband and Wife in Bromley 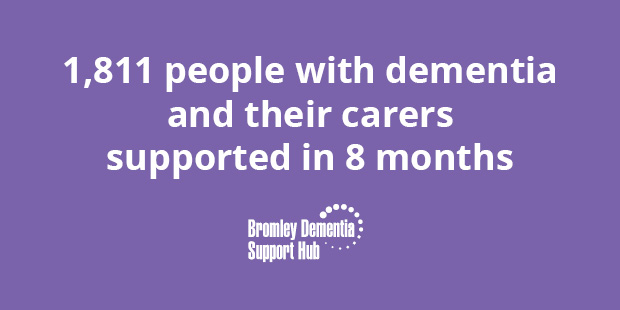 ‘Carol’* has been caring for her husband, ‘David’* for many years due to his heart and related health problems. David has been increasingly having problems with moving about and looking after himself. Carol herself was recently diagnosed with dementia and as they have continued to care for each other, both have needed extra support. Their family have had difficulty looking after them as they have their own work and family commitments, in addition to looking after their parents.

Carol and David regularly attended the Memory Lane Dementia Café, where they took part in activities and met other people with similar experiences of dementia. As they have found it harder to attend the café, friends from the Dementia Café now regularly visit David and Carol at home, which they really appreciate and enjoy.

The Hub continues to support David and Carol, as well as their son and daughter, with relevant information and advice as Carol’s dementia progresses.

Key elements of the Dementia Hub service are:

The Dementia Hub has quickly become an integral part of the Bromley dementia support pathway in Bromley borough.